Strategic new location in the heart of the Port campus provides Capital Factory members with an unparalleled opportunity to connect with and support national defense operations, while connecting the Port campus deeper into the startup communities of Austin, Dallas, and Houston.

SAN ANTONIO, TEXAS—Capital Factory, the center of gravity for entrepreneurs in Texas and one of the nation’s top builders of communities that support and connect technology innovators with partners, investors and buyers, will expand its Center for Defense Innovation to the upcoming Tech Port Center + Arena at Port San Antonio.

The new location marks a strategic expansion for Capital Factory, whose thousands of entrepreneur members are supported by an array of coworking spaces, conferences, meetups, classes and other strategic programming delivered from its presence in Austin, Dallas, and Houston. 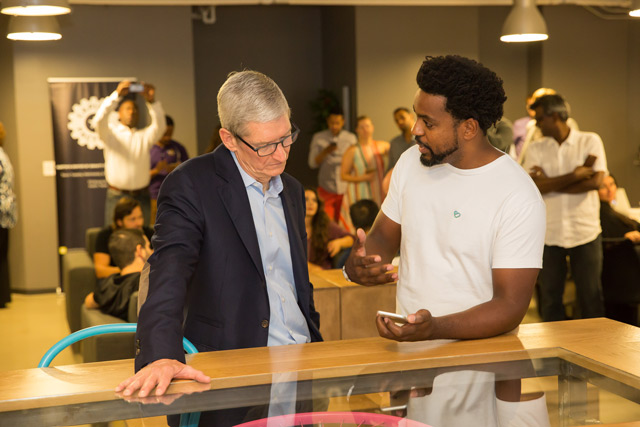 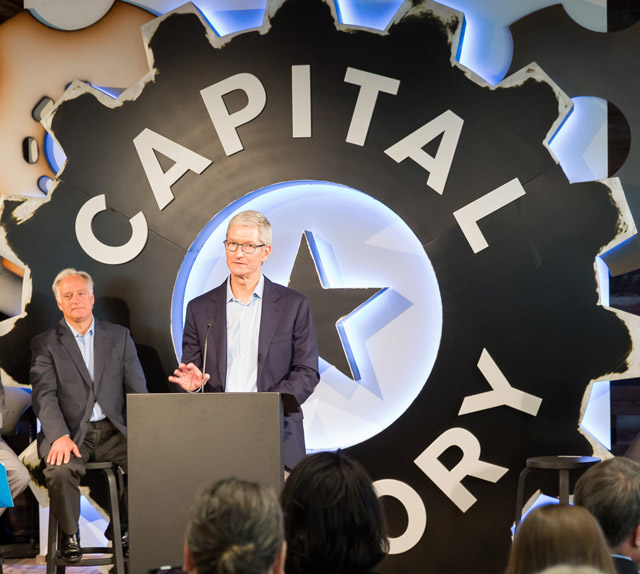 Opening its doors in the spring of 2022, the 130,000-square-foot Tech Port Center + Arena includes an ample collaborative lab where Capital Factory will become the first operator. Of particular significance, the space will allow the organization to advance the work of its Center of Defense Innovation (CDI), where members are focused on delivering new technological capabilities to the U.S. military. 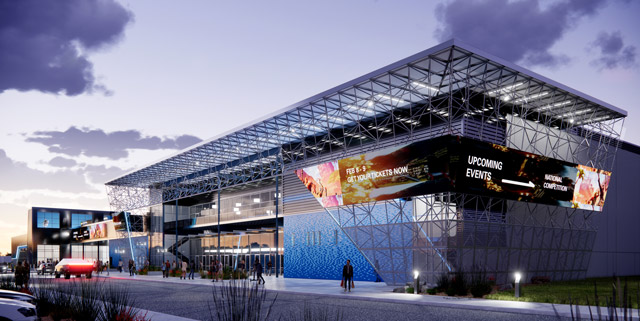 Tech Port Center + Arena will be home to Capital Factory’s first enterprise in the San Antonio region beginning in 2022.

Launched in 2019, the CDI represents one of the nation’s most successful public-private partnerships that has driven contracts to small businesses, created pipelines for emerging technologies to be adopted in defense environments and launched new collaborations between the private sector and innovation-focused organizations within the Department of Defense, including the Air Force Special Operations Command (AFWERX), the Army Futures Command, the Army Applications Lab, and the Defense innovation Unit (DIU).

San Antonio is among the nation’s largest defense communities and is home to an increasing number of headquarter and other key operations, including major cybersecurity, aviation, biomedicine, intelligence and logistics assets. Several are based at the Port, including the national headquarters for the 16th Air Force (Air Forces Cyber), the Air Force Civil Engineer Center (AFCEC) and the Air Force Medical Operations Agency (AFMOA), among others. 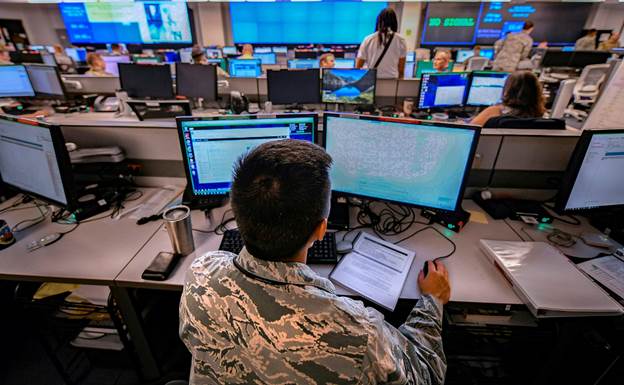 A growing number of defense headquarters operations are based in San Antonio, including the 16th Air Force (Air Force Cyber), which is based on the Port campus.

The 1,900-acre Port campus is also home to a fast-growing number of innovators and systems integrators with global reach that serve the defense community and private sector by delivering new technologies in robotics, cybersecurity, aerospace, space science, artificial intelligence, predictive analytics and other leading-edge fields.

Accordingly, Capital Factory’s new location will be in the heart of a vibrant innovation destination where students, educators, researchers and leading industries converge. Tech Port Center + Arena will serve as the central platform to reinforce those connections and allow further collaborations. 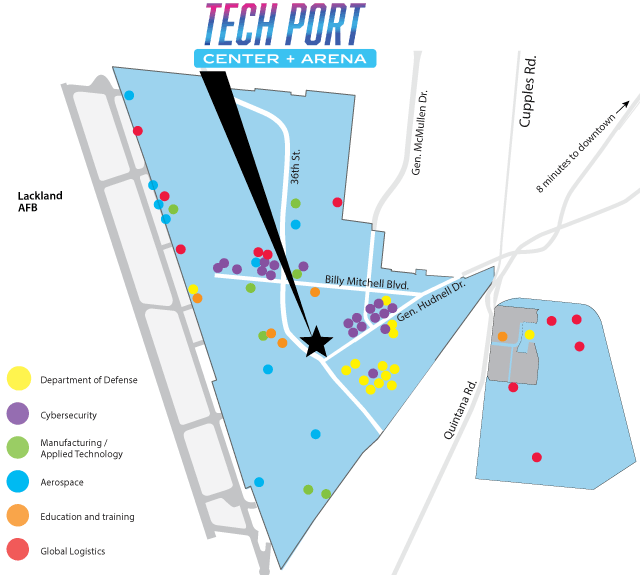 As an added strategic advantage to Capital Factory, its new location at the Tech Port Center + Arena is surrounded by top Department of Defense and commercial sector operations throughout the Port campus.

Adjacent to the prototyping lab, Capital Factory will have access to state-of-the-art spaces in which to showcase the technologies its members develop, including a 3,200-seat arena and conference center as well as an industry showroom operated by the San Antonio Museum of Science and Technology (SAMSAT). 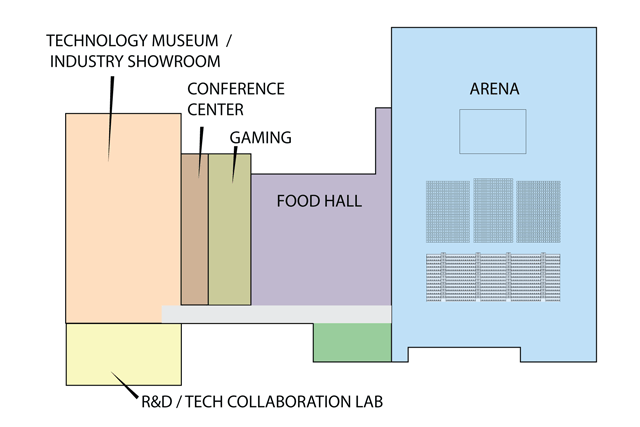 Capital Factory’s Center for Defense Innovation (CDI) will be based in the R&D / Tech Collaboration Lab. CDI members will also have access to Tech Port Center + Arena’s other assets, including a large space in which to host major training events, product launches, conferences and other activities. The adjacent museum and showroom will also allow for public demonstrations to regional, national and global prospective buyers of innovations being developed in the lab space.

At the Tech Port Center + Arena, Capital Factory will also work collaboratively with Port San Antonio’s business development team to build a regional mentor network, drive scalability for entrepreneurs, connect defense partners with founders and develop events and other programming in support of mission partners across the regional and national defense communities.

“We’re excited to provide Capital Factory members with an unparalleled place in which they can channel their hard work to deliver the latest innovations that will sharpen the preparedness of our nation’s defenders while continuing to raise San Antonio’s profile as ‘Military City, USA,’” said Port President and CEO Jim Perschbach.

“Here, the Center for Defense Innovation will be an integral part of a connected ecosystem that time and again has proven out the value of bringing together top talent, emerging technology, educators, thoughtfully built facilities and enterprise organizations to launch technologies that are making the world a safer and more productive place in the century ahead.”

“Port San Antonio has an impressive and aggressive vision to build community and drive innovation that aligns perfectly with Capital Factory’s vision for connecting the major technology hubs of Texas,” said Joshua Baer, founder and CEO of Capital Factory.

“There is a true synergy in this relationship that will help bring new opportunities to San Antonio while also helping grow startups based in Austin, Dallas and Houston that want to plug into the activity at the Port.”