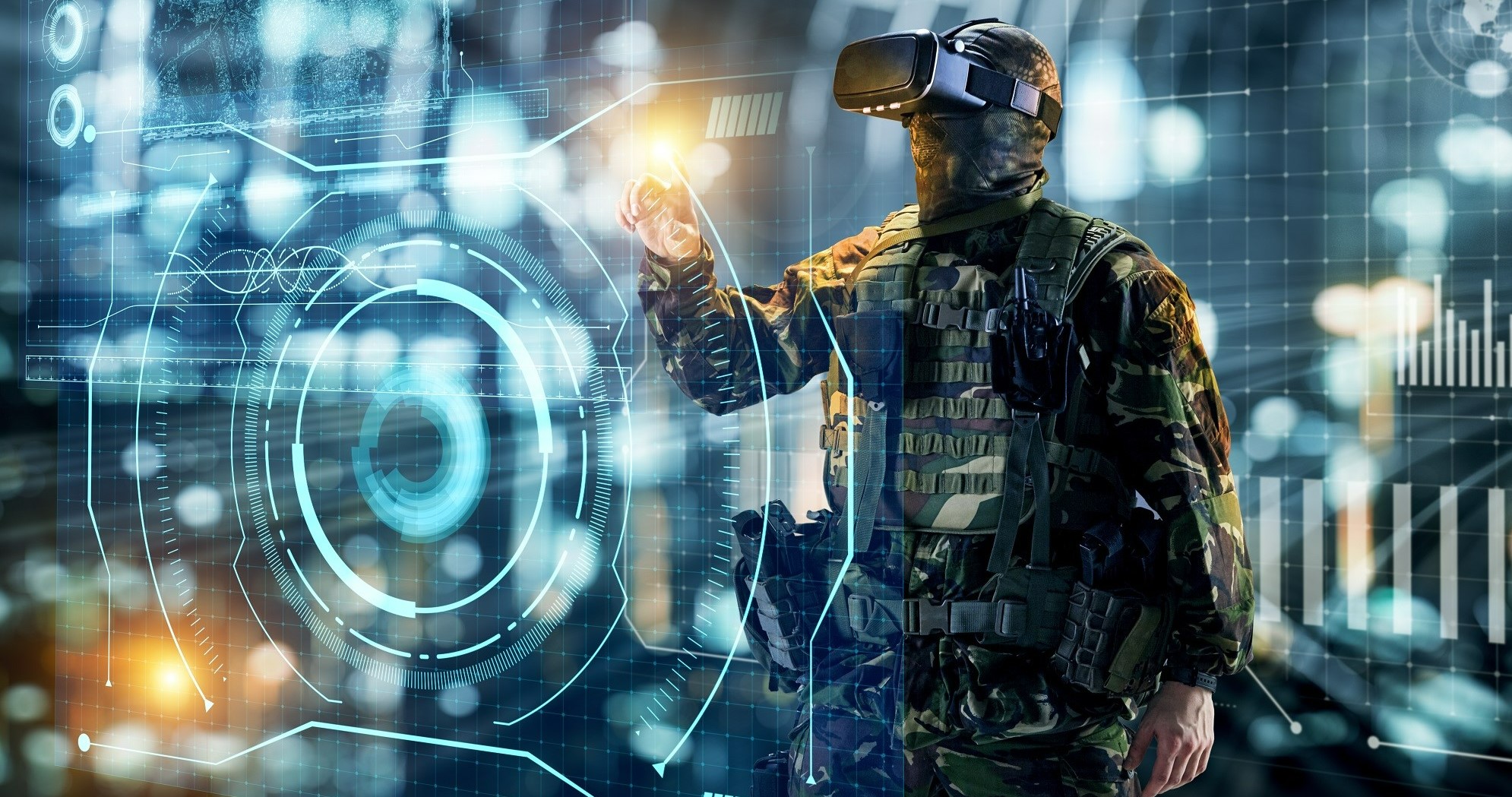 ‘FORCECON’ WILL BE A UNIQUE EVENT TO ACCELERATE INNOVATION AND TALENT DEVELOPMENT ACROSS U.S. MILITARY

Launch conference at Tech Port Center + Arena focuses on force development and collaboration between the Department of Defense and tech innovators from the private sector and academia.

Will culminate with nation’s first-ever e-sports competition among all service branches—a free in-person event that will also be broadcast live.

SAN ANTONIO — Port San Antonio, in partnership with ASM Global, the world's largest venue management firm, is launching FORCECON2022 — a first-of-its-kind convention from May 24 to 29.

The weeklong event will bring together an array of stakeholders to advance three key goals for the defense community: 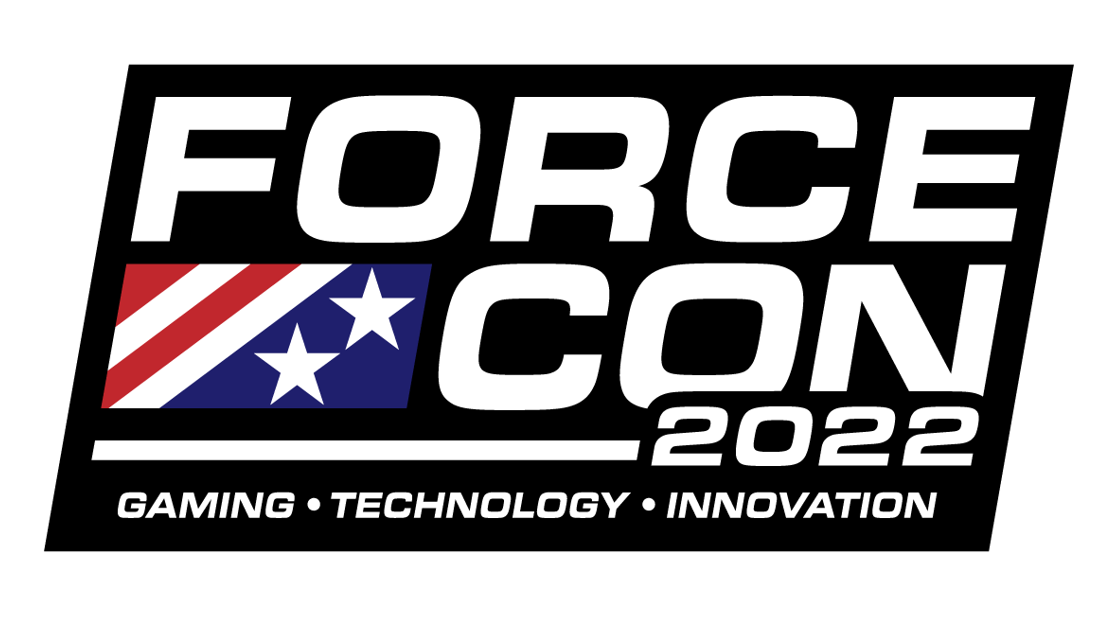 Tech Port Center + Arena as it approached completion in late April. FORCECON will be its first multi-day conference with activations throughout the building.

ASM Global, which oversees operations of Tech Port Center + Arena, will ensure maximum use of the building's many spaces and integrated technology during the event. These include a large convention floor that will be transformed into a 3,200-seat arena, classrooms and meeting rooms, a prototyping lab, a LAN gaming center and an industry showroom. 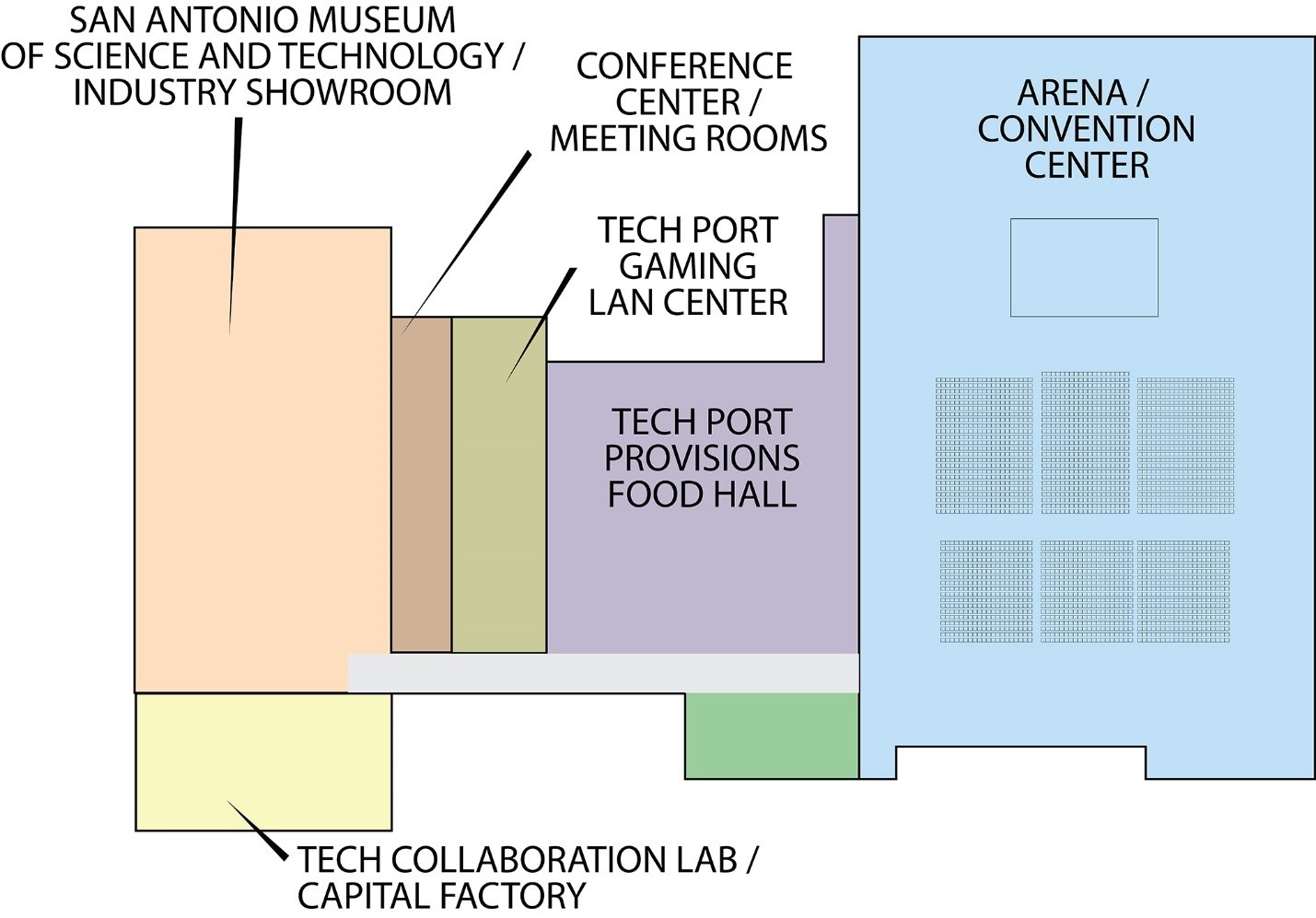 The different components of Tech Port Center + Arena will allow FORCECON participants to make wide use of the state-of-the-art building. The arena space will be converted from a conference staging to a live performance/esports competition space that can host over 3,000 seated guests, among other facility features that are overseen by ASM Global.

The first part of FORCECON will be a two-day industry showcase and networking opportunity — also known as a 'collider' event — on May 24 and 25. The collider sessions are by invitation-only through the Air Force. Sessions will focus on building an integrated approach within the U.S. Air Force to facilitate partnerships with industry and academia that advance new technologies. Priority focus areas include the development and training of military personnel as well as more efficient management of the branch's increasingly complex installations and operations across the nation and around the world.

Technologies presented during this portion of FORCECON 22 via pitches, product demonstrations and other programming, could be awarded follow-on Small Business Innovation Research (SBIR) contracts. This is the first step in an acquisition process for innovations that, if tested and proven successful, could be widely adopted by the U.S. military.

"We're thrilled to launch FORCECON as an annual event that fortifies existing relationships, establishes new connections and spurs innovative collaborations," said Will Garrett, Port San Antonio's Vice President of Talent and Technology Development and Integration. "This parallel approach will help our nation chart new horizons in how our defense community operates and, in particular, how we develop the talent of our armed forces."

"The inaugural FORCECON will be an integral part of a national effort to build a community that is inclusive of innovators big and small, educators, researchers and members of the public who come together to ensure our women and men in uniform maintain a leading edge in fast-evolving technologies," added Garrett.

"We must widen our network of collaborators to accelerate the ways we develop the force," said Col. Thomas Wegner, AETC's Director of Analysis and Innovation. "We know that, for the Air Force to outpace an adversary's decision cycles, we have to increase the speed and efficiency with which we work with industry. The private sector is an integral partner to meet some of our most pressing talent development and operational priorities." 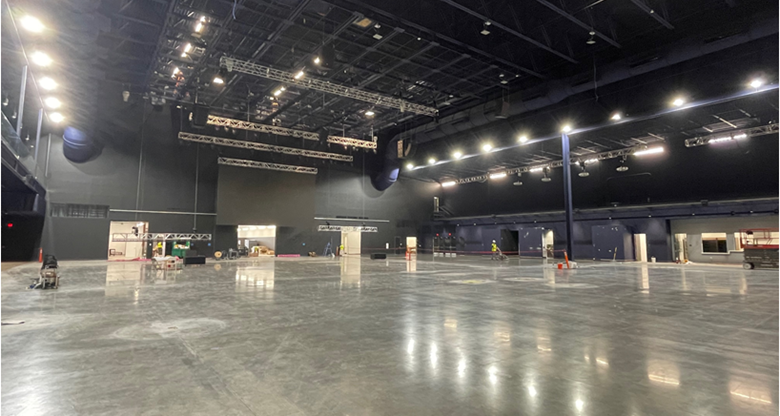 The large arena will serve dual purposes during FORCECON 22. Above: the open floor plan will support the first two days of 'collider' technology demonstration activations. Below: later in the weeklong event, the space will transform into a 3,200-seat venue hosting a concert and esports tournament. (Rending by RVK Architects)

Kicking off the festivities, the arena will host a live concert on May 26 featuring Papa Roach. Tickets are available through www.techportarena.com.

Over Memorial Day weekend, on May 28 and 29, players representing all U.S. military services will compete in an esports training and cross-branch championship for Halo: Infinite. Teams represented during FORCECON 22 include: 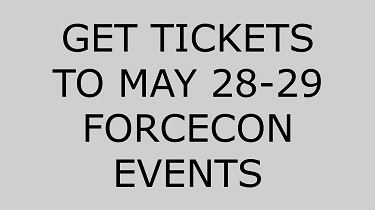 The competition will be open to the general public, and in-person attendance is free of charge. Attendees can reserve their tickets to the event at www.techportarena.com. There is an optional purchase of a VIP ticket, which provides special access to the event in addition to limited edition FORCECON swag, including an event challenge coin.

As championship play among the armed forces' teams is taking place, FORCECON will also host an open bracket tournament for Halo: Infinite. Gamers from across the region are invited to compete in Tech Port Center + Arena's LAN gaming center beginning May 28 for a chance to win part of the $10,000 prize pool. Finalists will have a chance to play on the main stage on May 29. Interested players can register at www.techportarena.com (there is a $20 registration fee per player). 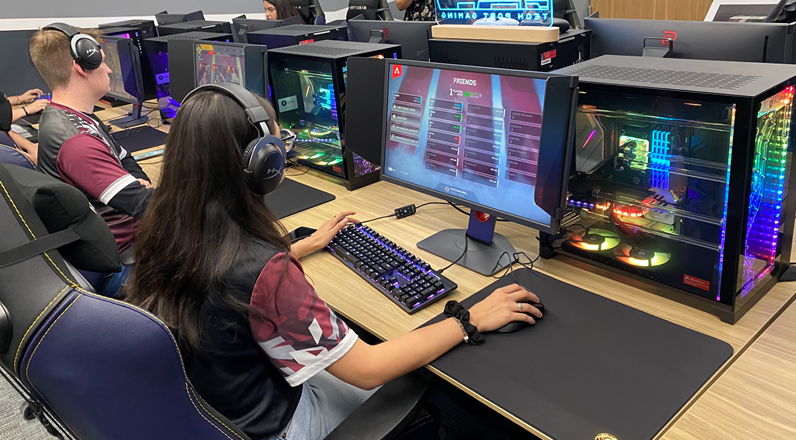 Located just down the hallway from the arena, Tech Port Gaming LAN Center's 60 stations will allow players who register in advance to take part in an open bracket Halo: Infinite competition, with an opportunity for winners to play the Air Force Gaming team in a friendly match in the main stage.

"The event will be a great way to bring defense leadership and young servicemembers together to share ideas, collaborate on the role of gaming in force development and showcase the best teams across our armed forces," said Garrett.

"FORCECON will put a strong underscore on Tech Port Center + Arena's very special capabilities and value to many different kinds of users — including the government and private sectors, educators, esports enthusiasts and members of the general public — who will be coming together with shared enthusiasm in collaborating, developing and embracing new technologies that support our national defense priorities," he added.