SAN ANTONIO, TEXAS – As evidenced by the COVID-19 pandemic and the possibility of future outbreaks of other diseases, the world needs to adapt to meet urgent demands for the expansion of hospital capacity and transportation of highly contagious patients. Accordingly, Knight Aerospace has delivered its first Aeromedical Bio-Containment Module (ABCM). The operator is the Royal Canadian Air Force (RCAF).

This self-contained, hospital-caliber medical module allows for the safe transport of highly contagious or critically injured patients on board of an array of large cargo aircraft. In addition, utilization of the patient area in the Module can be expanded to transport critical vaccines. It is the first fully airworthy modular system in the world, offering interoperability on the C-130 and C-17 and without the need for waivers.

According to Bianca Rhodes, President and CEO, “We are proud to bring to culmination years of research and development. Understanding this need makes Knight’s ABCM the long-term, sustainable solution to the problem of biocontainment around the world.”

The Royal Canadian Air Force (RCAF) is now using the new technology to execute near-daily medical evacuations in Canada. It will also be capable to evacuate injured or critically ill troops from anywhere in the world and it will similarly support Canada’s international and domestic humanitarian missions. The RCAF recently declared its Aeromedical Bio-containment Evacuation System (ABES) operational, following training by members of the Aeromedical Evacuation Flight, based at 8 Wing Trenton, Ontario.

"Our newly acquired system now allows us to simultaneously transport four critical care patients requiring medical beds or 16 seated patients, based on the ABCM's configurations," said Major Even Jacques, who is a CC130J aircraft engineering officer and senior design engineer for the RCAF.

“At the same time, we will be able to keep pilots and other aircrew safe from pathogens—a new capability allowing us to evacuate sick patients and carry vaccines on short notice to and from most environments,” added Jacques. 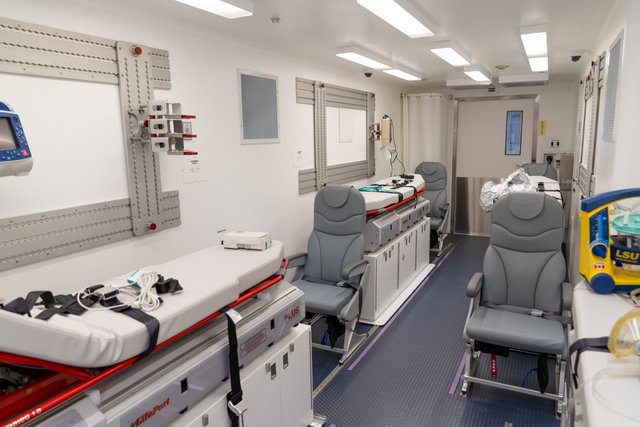 Interior of the medical module. 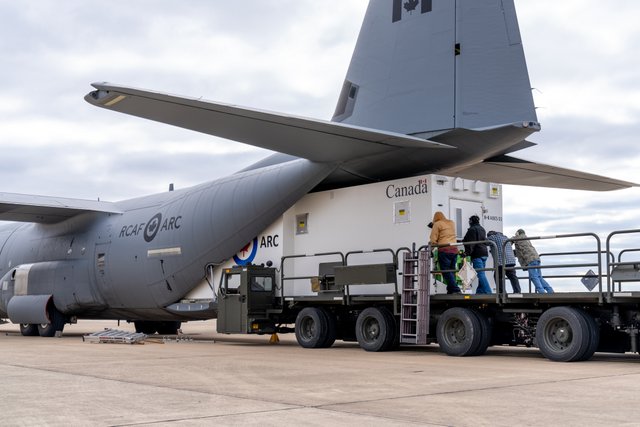 The first medical module as it is loaded onto a Royal Canadian Air Force aircraft at Kelly Field in early 2021 – ready to undertake life-saving missions in Canada and around the world.

Hermetically sealed and negatively pressurized with an independent air supply, the ABCM protects the pilots and aircrew outside the module from infection. This also allows aircraft to be returned to service immediately upon unloading the ABCM by eliminating the need for costly and time-consuming decontamination of the plane. Its interoperability between the C-130 and the C-17 aircraft further increase flexibility and cost efficacy. 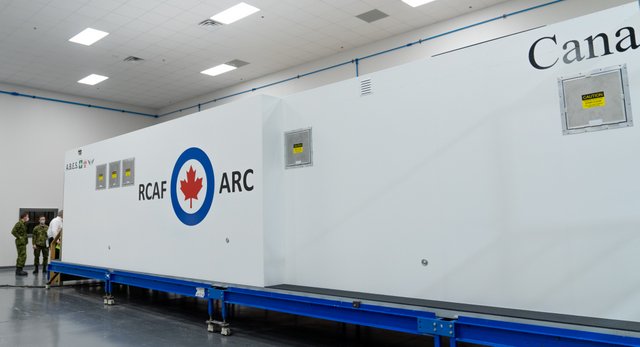 The first completed module inside the Knight facility – located just half a mile from the industrial airport at Kelly Field.

The ABCM is outfitted with state-of-the-art medical equipment and offers a wide range of critical care capabilities. These allow for the treatment of ill patients while in flight, including performing emergency surgery.

Upon landing, the unit can continue operating on the ground, since all that is required is a power supply, such as a gas-powered generator. This capability allows for the expansion of field hospitals and other temporary medical facilities that are dealing with pandemic surges or other emergencies. The ABCM can also provide much-needed care to remote places that currently lack such facilities altogether.

According to former U.S. Air Force Surgeon General/Lt. General (Ret.), Dr. Paul K. Carlton Jr., “The ABCM will absolutely save lives and revolutionize the way the world thinks about medical evacuation. Nothing in the world comes close to the capabilities Knight brings to the table.” 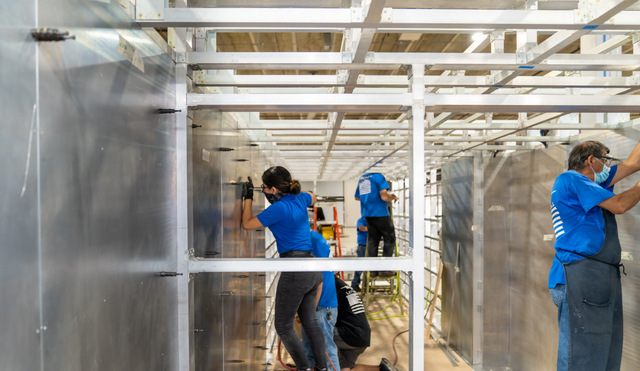 The airworthiness of the new technology is assured as it has been built using the highest of military and FAA standards. Knight’s many platforms, including the ABCM, have been proven and certified over the course of the company’s history.

For nearly 30 years, Knight Aerospace has specialized in the fabrication of quick-change roll-on / roll-off systems such as palletized seating and VIP cabins that allow cargo aircraft to be quickly converted to different uses. The company began to focus on the design of aeromedical solutions, including innovations for the safer transportation of highly contagious patients, beginning seven years ago following global outbreaks of Ebola. 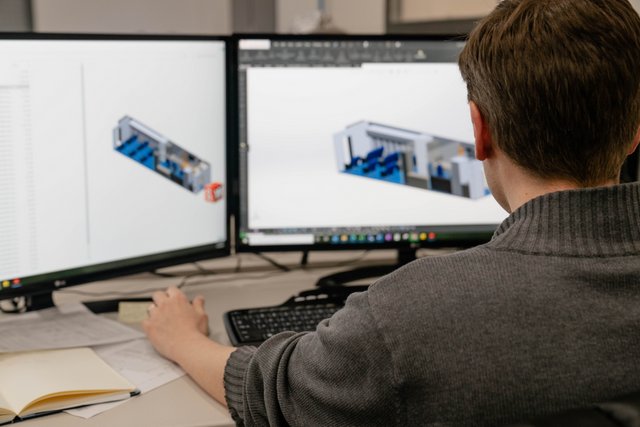 Knight in-house engineers and other personnel collaborated over many years with defense and medical experts to design and develop the life-saving technology.

As part of that development of the ABCM technology, the company consulted and worked in close alignment with numerous defense and medical organizations around the world, including the U.S. Centers for Disease Control (CDC), to develop a product that can provide the highest quality medical care while in flight and can be adapted to meet different needs. 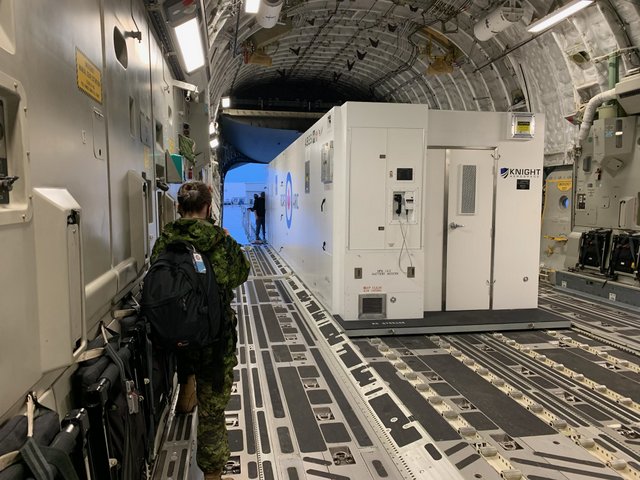 The ABCM operates within different types of cargo aircraft. Shown is one of the unit’s first missions aboard a Royal Canadian Air Force C-17.

Long before the current COVID-19 pandemic, Knight also began to build its expertise. The medical team is led by Dr. Paul K. Carlton Jr., who is one of the world’s top experts in medical evacuation and the developer of Critical Care Air Transport Team (CCATT) currently used by the U.S. Air Force and military forces around the world and serves as an advisor to Knight. The company Chief Medical Officer, Dr. Jay Johannigman, is a colonel in the U.S. Army Reserves with decades of military medicine experience, including as a leading combat surgeon.

According to Johannigman, “It is a privilege to be part of the team that brings this solution to the world, especially from where I sit.” Johannigman is currently deployed to the region of COMRS at NATO headquarters in Kabul.

Knight is also working with outside partners in the development of its aeromedical transportation innovation. As construction of the first ABCM was finalized, the company turned to San Antonio-based Southwest Research Institute (SwRI) for final testing and validation of its hermetic capabilities.

“In our increasingly connected world, it is essential for innovators like the Knight team to bring all of the right elements quickly and efficiently,” said Jim Perschbach, President and CEO of the large technology campus onto which Knight relocated in 2019. “We are proud that our platform at the Port supported that connectivity—providing the right operational environment to design and build the new technology; proximity to our community’s defense, research and medical experts who supported the effort; and proximity to airfield assets at the Port to successfully fulfill and deliver this urgent project to Knight’s Canadian customer.”

The company’s new 160,000-square-foot facility at the Port provides the growing team — which includes an array of engineers, designers, and fabrication specialists — the ability to continue to develop the new technology while fulfilling orders from other defense, public health, and NGOs worldwide.