Innovations enhance security and operations of passenger, cargo and military aircraft fleets around the world.

Port San Antonio, the 1,900-acre technology campus and industrial airport located southwest of the city’s downtown, is leading efforts to showcase the ways in which locally-developed innovations in digital security, robotics and other applied sciences are transforming how aircraft are maintained, upgraded and modernized around the world.

The Port headed a delegation of businesses and partner organizations to participate in Aviation Week’s MRO Americas 2019 convention in Atlanta, Georgia, from April 9 to 11. The event was the world’s premiere gathering for technologies that support the maintenance, repair and overhaul (MRO) of the global fleets of commercial and military aircraft.

San Antonio is one of America’s fastest-growing cities and has diverse and mature industry sectors. In addition to being the home of modern aviation, the Alamo City has significant industry clusters driving global innovation in an array of other sectors, including cybersecurity, computing, defense, energy, advanced manufacturing, biosciences and financial services.

The Port, which oversees strategic redevelopment of the former Kelly Air Force Base, is leading the regional growth of many of these fields. Over the course of the twentieth century, Kelly was the world’s first major platform for aviation maintenance and innovation. Since the base’s closure in 2001, the Port has grown and modernized the property as a 21st-century aerospace hub. Today, the campus is home to large operations by Boeing, StandardAero and other industry leaders.

The Port has also attracted numerous complementary operations that are driving innovations in the aerospace sector and other mature industries. Of note is the presence of major cybersecurity and robotics / applied technology organizations.

The organization is similarly collaborating with other advanced research and educational partners in the region who also presented their work at MRO Americas as they develop innovations in close collaboration with the aerospace industry.

At MRO Americas, the Port highlighted its own plans to launch the first phase of an innovation center in the heart of its property. The inaugural facility—spanning over 130,000 square feet—will serve as a strategic site to leverage the region’s human capital, industry expertise and expansive capabilities in education. This collaborative space will accelerate the development of new technologies and serve as a showroom to sell those innovations to global markets, particularly in the aviation, energy, defense, manufacturing and biomedical sectors. Components of the first building will include a technology arena, co-working facilities for prototyping and a combination technology museum and industry showroom. 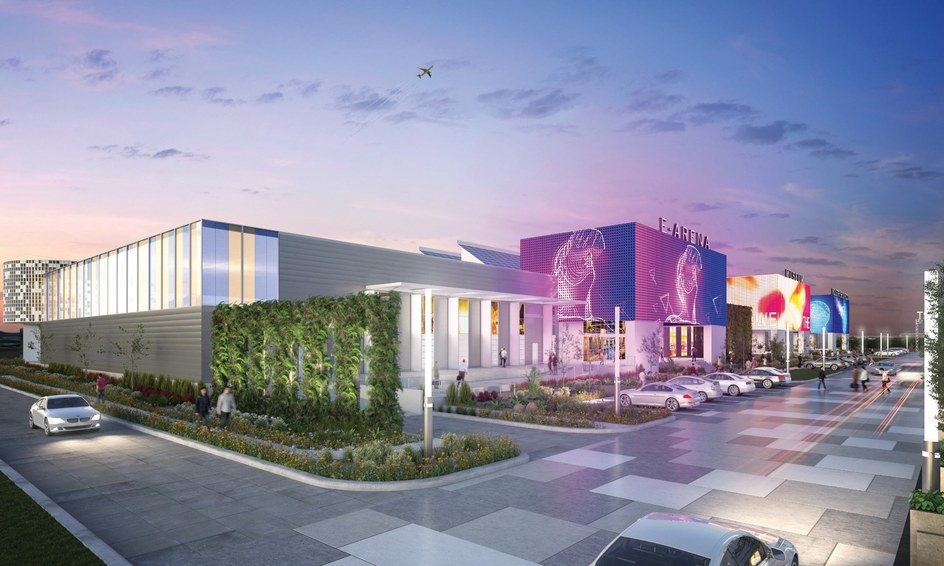 Plus One has led the industry by developing a system that can be integrated into any brand of existing industrial robot. Unlike traditional robots that can only accomplish a limited range of pre-programmed tasks, units outfitted with Plus One’s AI technology can learn and adapt in changing industrial environments—adjusting to situations such as surges in work flows and packages of variable types and sizes that roll down conveyor belts in large logistics operations. 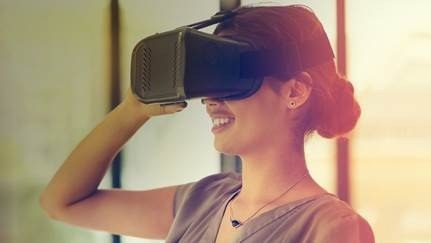 Attendees experienced augmented and virtual reality (AR/VR) technology that the students developed aimed at studying and addressing cybersickness—a type of motion sickness that is becoming more prevalent as a growing number of global professions require people to look at three-dimensional graphics, such as flight simulators, for extended periods of time.

UTSA also recently launched its National Security and Collaboration Center (NSCC), which  advances research, education and workforce development in cybersecurity, data analytics and cloud computing, including projects like those showcased at MRO Americas.

The NSCC is building a collaborative ecosystem—of which Port San Antonio is also part—engaging government, industry and academia to address urgent cybersecurity issues across the nation.

UTSA’s downtown campus is within 10 minutes of Port San Antonio and is the site for the university’s growing National Security and Collaboration Center (NSCC).